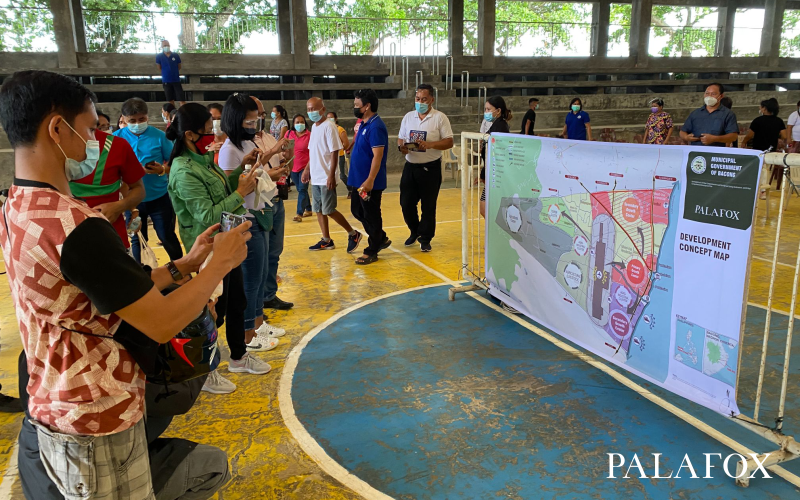 The joint effort of the Municipality of Bacong and Palafox Associates for the Municipality’s Comprehensive Land Use Plan (CLUP) and Comprehensive Development Plan (CDP) has resulted in the finalization of the development concept and structure plan. The proposed development concept and framework are a visual representation of the communities’ vision and aspirations and will serve as a guide for Bacong’s future growth in the next 10 years and beyond. Based on various sectoral studies, the Municipality’s vision and mission, its comparative advantages and inherent strengths, and a series of transectoral consultations and workshops, a consolidated framework was further enhanced.

As part of Metro Dumaguete, Bacong’s role and potential were highlighted by the proposed development framework. This features the preservation of the agricultural area, especially the high-value crops in the uplands. It also highlights the Municipality’s environment and archaeological spots by integrating these into an eco-tourism zone. In addition to its natural attractions, an aerotropolis approach will be adopted for the proposed airport development and its surrounding areas. With access to the sea, a seaport and coastal development for public use were identified as potential projects for Bacong.

The presentation of the Development Concept and Structure Plan was held on May 25 at the open-air multipurpose gym behind the Bacong Municipal Hall. More than 140 stakeholders attended the presentation. Following safety and health protocols, the participants were seated at least a meter apart for social distancing and were required to wear their face masks.

Following Mayor Lenin Alviola’s opening remarks, EnP. Kelvin Tagnipez discussed how the team, in collaboration with the technical working group and key stakeholders, came up with the development concept. Through the help of Mayor Alviola and Engr. Vicente Alcoriza, the team explained to the general public how the plan could help address the current concerns that Bacong is facing and assist them in anticipating the Municipality’s future needs. The team’s presentation ended with “Postcards from the Future,” which showed the public a glimpse of Bacong’s potential through properly developed public spaces.

It was a successful and fruitful event that helped connect the planning team, the development concepts, and the public sentiment. Public consultations are very crucial because planners and the technical working group are able to obtain feedback from the public, which will help them adjust plans accordingly. The public’s involvement in the planning process will make them all the more eager for the completion and implementation of the plans. Following this public presentation, the collaborative team of the municipal planning office and Palafox will proceed to conduct detailed studies on the Municipality’s different sectors.