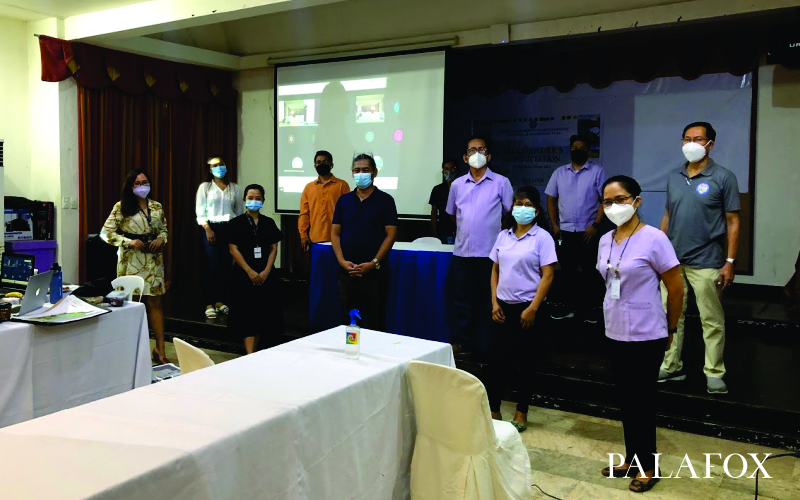 The Ilocos Norte Provincial Development and Physical Framework Plan (PDPFP) articulates the aspirations of the provincial leadership and its citizens. These were the province’s first stakeholders consultations that focused on visioning activities, sectoral data gathering, and working toward having a better understanding of the overall situation of the municipalities and cities in the province. All inputs during this session will be analyzed and considered in the formulation of the plan.

The consultations had three objectives. The first objective was to provide information regarding the process and inform the stakeholders of what they can contribute to the creation of the PDPFP. The second objective was to identify the vision and mission of the province, and lastly, to identify the province’s strengths, weaknesses, opportunities, threats, and their root causes. To achieve this, consultations were held with the stakeholders as these play an integral part in the planning methodology and will be done at various stages in the planning process.

The municipal and city planning officers, Technical Working Group (TWG), PLUC, and representatives from different sectors were invited to these sessions to provide insights that can help identify the current situation in the province and discuss proposed solutions to the issues that were identified.

Three workshops were conducted: a Visioning Workshop, SWOT Analysis Workshop, and Projects, Plans, and Activities Workshop. Visioning is the process of imagining a common future for the people of Ilocos Norte. It inspires people to work and unite for a common goal. For the Visioning workshop, participants were requested to share a few of the most endearing memories of the province. They were also asked to share what they wanted to change in certain sectors, which was an opportunity for them to provide their insights and opinions regarding what could be improved. In addition, they were encouraged to share their hopes for the province for the next 3 to 5 years (i.e., short term) and the next 5 to 10 years (medium term).

During the SWOT Analysis Workshop, Ilocos Norte’s strengths, weaknesses, opportunities, and threats were identified and analyzed. This activity helped the participants identify aspects that the province is good at, issues and challenges that must be addressed, risks that must be minimized, and possible advantages that can be leveraged to help the province thrive more.

For the Projects, Plans, and Activities (PPAs) Workshop, the PDPFP 2009-2020 was reviewed to analyze which PPAs went well and should be continued, which PPAs should be improved, and which PPAs were ineffective.

Each of the LGUs was given a chance to discuss recent developments and the proposed projects in their respective municipalities and cities. Representatives from the PPDO also commented on the provincial maps in terms of inter-LGU developments such as road connectivity and other similar projects.

Aside from facilitating the stakeholder consultations and focus group discussions, several members of the Palafox team were able to visit all the cities and municipalities of Ilocos Norte as well as the regional offices of national government agencies and schools and universities to gather additional data and conduct site inspections. An Executive Meeting with Governor Matthew Marcos Manotoc will be held on July 1, 2021, and a Plenary Session with the PLUC for the formulation of the Vision Statement will be held thereafter.