Land Use Analysis and Assessment and Identification of Programs, Projects, and Activities for the Heritage City of Vigan 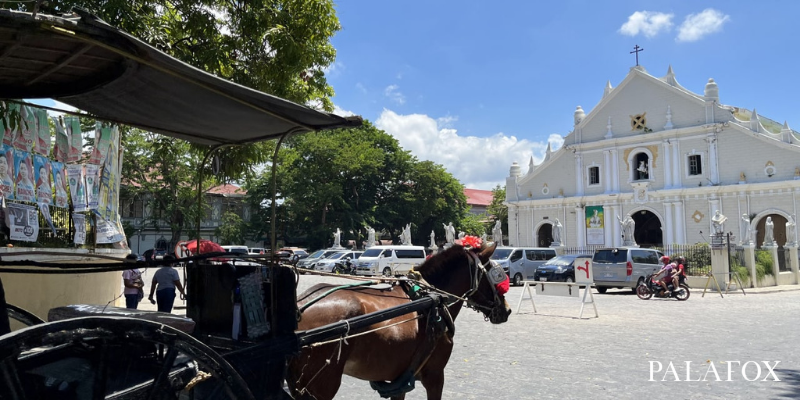 The City Government of Vigan, with the assistance of Palafox Associates, is updating its Comprehensive Land Use Plan for 2022-2030 and Comprehensive Development Plan for 2022-2028. Recently, the Palafox Team visited the City and conducted a series of sectoral development workshops, site analyses, and assessments on the existing condition of the City's current land uses, conservation and heritage sites, and priority areas for development identified by the city government. The team was joined by EnP. Desiderius Martinez and Mr. Michael Espejo of the City Planning and Development Office.

To realize the proposed land use plan and pave the way for the proposed developments, the workshops on the Identification of Programs, Projects, and Activities (PPAs) for Vigan's Comprehensive Development Plan (CDP) were conducted. The CDP is a medium-term plan that integrates the existing gaps of the current situation of Vigan City encompassing the sectors of social, economic, infrastructure, environmental, and institutional development. The PPAs that the stakeholders identified will be prioritized according to their contribution to the overall achievement of the City's vision, goals, and objectives and will be included in the Local Development Investment Program. The workshops were attended by the technical working group members, barangay captains, and barangay representatives. Some of the notable PPAs identified were the construction of solar power irrigation, the implementing a ferry system on rivers, the promotion of a walkable city in the heritage district, biodiversity profiling, and dredging projects to reduce adverse environmental impacts.

A consultation with the different relevant departments of the city government was also conducted to reassess the existing land uses in the City and to draft the proposed Land Use Map as a prerequisite to the Zoning Map and subsequently, the Zoning Ordinance.

The Palafox team will also design a Conceptual Master Plan for the identified three (3) priority areas: an Agri-Tourism Site in Brgy. Pantay Laud, a Waterfront Development along Mestizo River, and a Civic Complex in Brgy. San Julian Sur.

The development of these priority areas supports the City’s vision and the Spatial Strategy that promotes Polycentric Development, which aims to promote and disperse development in the different areas of the City for inclusive and sustainable growth.