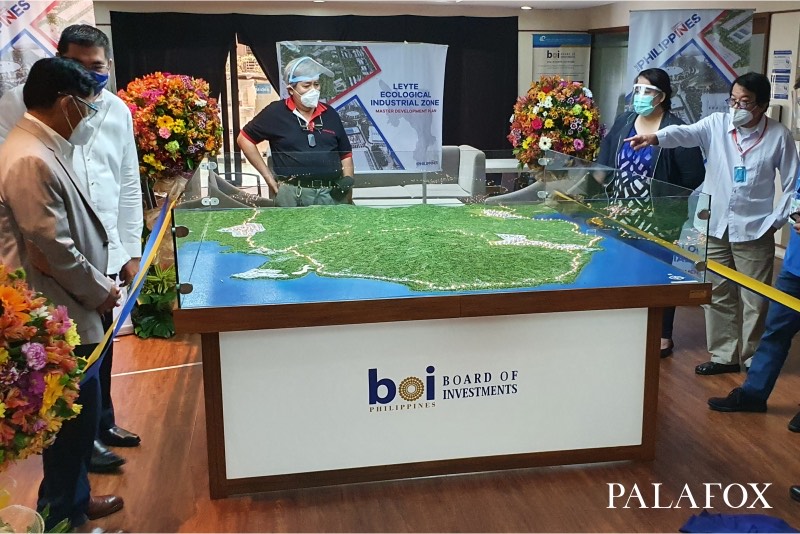 The launch of the Leyte Ecological Industrial Zone (LEIZ) Master Development Plan was held last December at the Board of Investments (BOI) Office. The LEIZ is the Philippines’ first ecological zone that is envisioned to support the emerging copper industry that aims to contribute to the economic growth in the region and in the Philippines. The ceremonial event was streamed online, and included among the keynote speakers and distinguished guests were Department of Trade and Industry (DTI) Undersecretary and BOI Managing Head Dr. Ceferino S. Rodolfo; DTI Secretary and BOI Chairman Ramos M. Lopez; Congressman Ferdinand Martin Romualdez, Principal Author of the LEIZA Bill in Congress; and Hon. Leopoldo Dominico Petilla, Governor of Leyte.

The master development plan will help create the first ecological industrial zone in the country that is guided by the principles of a circular economy and the green economy development framework. It is based on one of Palafox Associates’ and Palafox Architecture Group’s development principles: the Triple Bottom Line or the 3 P’s — people first or social equity, planet earth or the environment, and then profit or economic development. In prioritizing people, the development is envisioned to address job creation and poverty alleviation. The LEIZ is forecasted to create approximately 60,000 jobs for the province. It also presents an opportunity for sustainable industrial development. The project is anchored on the copper industry, with LEIZ as a template for future eco-industrial parks in the Philippines. It is envisioned to provide economic growth not only for the province of Leyte but for the entire Eastern Visayas Region and the country.

After presenting the highlights of the master plan, the Palafox team shared the LEIZ MDP video with the audience. This was followed by statements of support from Mayor Saturnino Medina, Jr. of the Municipality of Isabel, General Manager Ma. Lourdes Rebueno of the National Development Company, and Regional Director Celerina Bato of DTI-Region VIII. To conclude the event, the scale model for the LEIZ was unveiled for the public. Through the launch of the LEIZ, the Philippines is one step closer to creating more economic activities that can further boost the viability of our country as a premier investment destination.